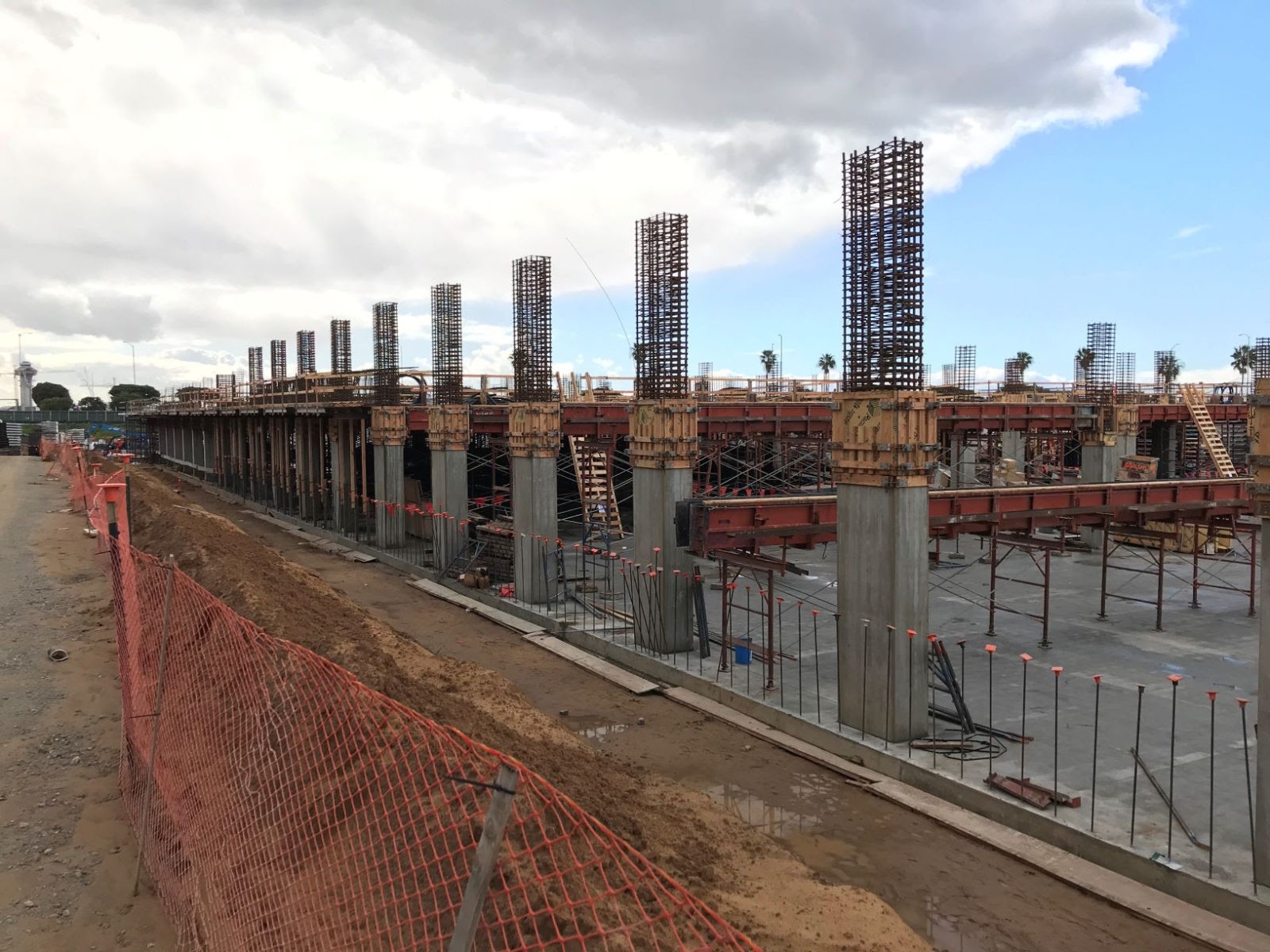 Concrete and steel work continue at the site of the future Airport Police Facility in Westchester.

Airport Police Facility: Construction crews will be conducting construction activities that will include forming, installing reinforcing steel (rebar), and pouring concrete slabs on grade, columns and walls for the headquarters building and parking structure. The work will also include the installation of utility piping inside the buildings for plumbing, electrical, and communications infrastructure.

LAX, the fourth-busiest airport in the world and second busiest in the United States, was named a top-10 U.S. airport by SKYTRAX. LAX served nearly 88.1 million passengers in 2019 and offers an average of nearly 700 daily nonstop flights to 113 destinations in 42 states in the U.S., and 1,200 weekly nonstop flights to 91 markets in 46 countries on 72 commercial airlines. LAX handled 691,257 operations (landings and takeoffs) in 2019.

LAX was honored as having the “Best Overall Customer Service Program” by Airports Council International-North America; named the “Best Airport for Breastfeeding Moms” by Mamava; selected for the Top 10 “Best of the U.S.’s Big Airports” (Wall Street Journal) and “Most Pet-Friendly Airports in the U.S. (Mental Floss); named the second-most improved airport in the U.S. by JD Power; received an “Innovation Award” from the L.A. Better Business Challenge for its Central Utility Plant; and named  a “Business Leader in Air Quality” by the South Coast Air Quality Management District.

LAX is also the second-most popular airport in the world to appear on Instagram, according to wego.com. LAX is part of a system of two Southern California airports – along with Van Nuys general aviation – that are owned and operated by Los Angeles World Airports, a proprietary department of the City of Los Angeles that receives no funding from the City’s general fund.

As a covered entity under Title II of the Americans with Disabilities Act, the City of Los Angeles does not discriminate on the basis of disability and, upon request, will provide reasonable accommodation to ensure equal access to its programs, services, and activities.  Alternative formats in large print, braille, audio, and other forms (if possible) will be provided upon request.