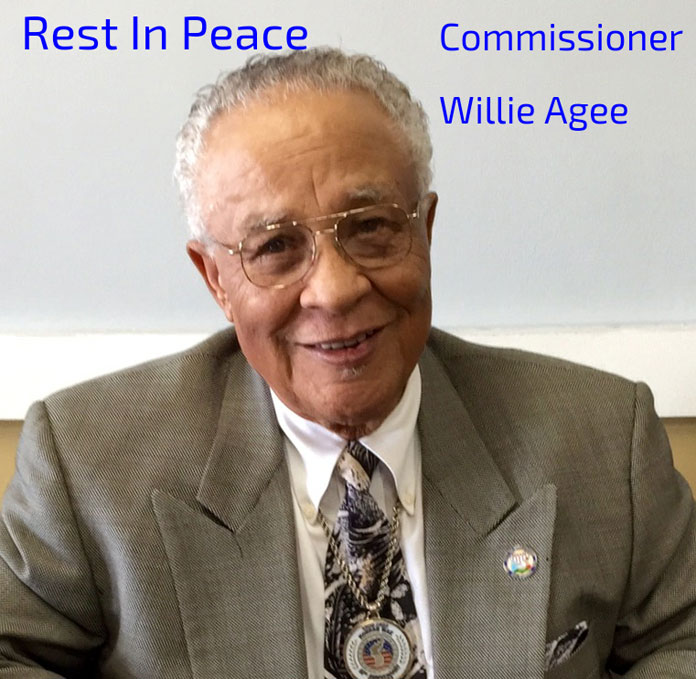 “I Have Lost One Of My Heroes And A Dear Brother-Friend .”
Councilman George Dotson

Monday evening our Mayor James Butts announced the passing of longtime Parks and Recreation Commissioner Chairman Willie Agee after contracting the deadly COVID-19 virus while being treated for lung cancer at VA hospitals in Long Beach. Agee served proudly in the U.S. Army deployed 21 months in the Korean War, he was a combat veteran.

Willie E. Agee was widely known as Mr. Inglewood, I and most who knew him closely called him simply Agee. He came to Inglewood in the late ’50s, he was a 54 year resident of Inglewood and when he passed he was a proud 90 years old. He has served the City and three mayors as a commissioner for 26 years on the Parks and Recreation Commission with the last 13 years as the Chairman. Some of the projects he was instrumental in getting in the parks are, the skateboard park in the larger parks, relocation of the transportation mural, and the renovation and reopening of the playhouse at Ed Vincent Park. The Mayor and Council renamed the Inglewood Playhouse the Willie Agee Playhouse in recognition of his community service and leadership…

He was very proud of his residency in the City and the growth and development Mayor Butts whom he regarded as a son and our City Council were bringing to its landscape and he made us proud saying so. He was committed to attendance at weekly City Council meetings and known for saying whenever and wherever he brought remarks, “I live in the beautiful City of Inglewood.”

I have lost one of my heroes and a dear brother-friend. He is the one who attracted me to public service. Without the influence, encouragement and support of Agee I wouldn’t have chosen a life of public service at this level of leadership. I live eternally grateful to him personally. He fought for Parks and Recreation with every administration under which he served committed to bringing excellence. He is the reason we have in Inglewood some of the finest City parks in the country.

Trump Ex-Accountant Signing Against Him

Delivery Help For Seniors and The Disabled is Now Available

FOOD ASSISTANCE FOR THOSE IN NEED