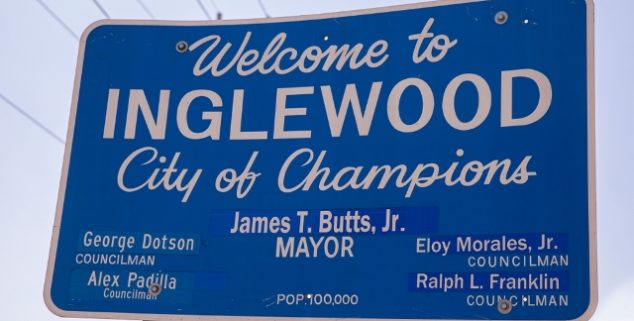 The California economy is booming at a record pace.  The State’s unemployment rate is at a historic low of 4.2 percent, with investments in technology, health care, transportation and construction projects helping lead the way.

But the Golden State’s success has been uneven.The economic wave of prosperity missed some of California’s most vulnerable populations, leaving some of the most diverse and socio-economically disadvantaged communities behind.

The City of Inglewood is one of those communities.  I know, I was born there, and over the past few decades I had to watch this once-thriving area fall into decline.

Located in the shadows of the Los Angeles glitz and glamour, Inglewood has been plagued with high unemployment and growing poverty while private investment and economic opportunity for residents seemed scarce. According to American Community Survey (ACS) statistics, the average unemployment rate in the area rose to 11.3 percent, with nearly 30 percent of the children there growing up in poverty. We must do better. We can do better.

Today, we have a unique and historic opportunity to revitalize Inglewood – creating thousands of quality jobs and improving local services in the process.  The LA Clippers want to build a state-of-the-art basketball arena and entertainment complex in the heart of Inglewood.

The privately financed project will include a new practice facility and corporate headquarters for the Clippers organization, along with public basketball courts, open community spaces and retail opportunities. This innovative community-focused project is designed to complement the on-going construction of an NFL stadium, which would make Inglewood the site of one of the largest privately financed construction projects in the country.

This is a once-in-a-lifetime opportunity to invest in Inglewood. The development project will help train skilled laborers while creating quality jobs with valuable health and welfare benefits.  These are exactly the kind of jobs we need to lift people out of poverty and into the middle class, while developing long-lasting career opportunities.

Specifically, AB 987 will pave the way to:

The Southern California Pipe Trades Council is proud to stand shoulder-to-shoulder with the people of Inglewood to support this project and support AB987. With 100 percent private financing and a strong commitment to the local community, this project is a slam dunk for the region.