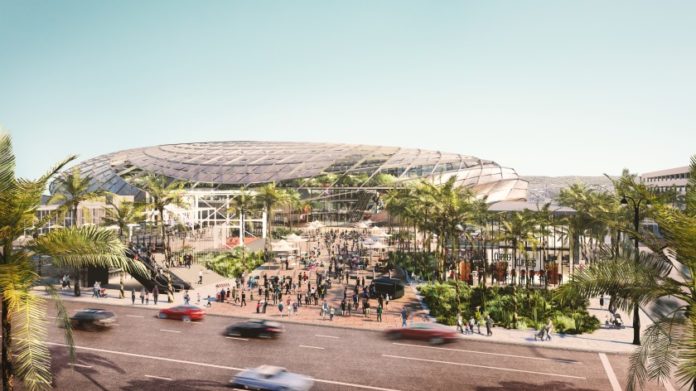 The Clippers on Thursday unveiled the first look at their proposed Inglewood arena, an 18,500-seat, billion-dollar project funded by owner Steve Ballmer that the team believes will begin construction on time in 2021 and open three years later.

As envisioned by the team, its 26-acre Inglewood Basketball & Entertainment Complex would house the Clippers’ operations in their entirety, from corporate headquarters to the team’s training facility, according to renderings shared with The Times. The team currently practices in Playa Vista, has its business office in downtown Los Angeles and plays in Staples Center, the venue it has shared since 1999 with the rival Lakers and NHL’s Kings.

The Clippers have sought their own arena because they are the third tenant at Staples Center, which affects available dates for scheduling and revenue, said Ballmer, who bought the team five years ago and is the wealthiest owner of a professional American sports franchise.

Read the rest of the article on the LA Times

The passing of Chadwick Boseman