Ad
Home News Inglewood News Op-ed: What Would You Do? 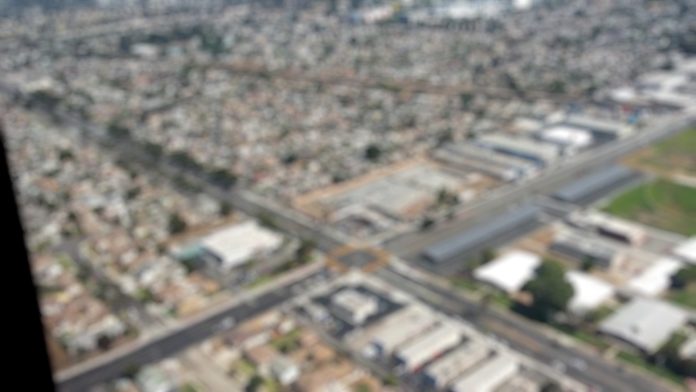 If, during your day, you came across the path of someone who clearly was in crisis and appeared homeless, what would you do? Well, as it happens, most of you would gawk or stare, perhaps laugh, or you might even pretend there was nothing to see, but it’s unlikely you would stop to help. But even if you did, and that person’s trauma was such that they denied help from you or anyone else, it is likely they would just be left to rot – from the inside out.

On October 27, 2020, in the middle of the day on such an occasion, someone nearby needed immediate attention and of all the people around, no one else bothered to care enough to briefly disrupt their own lives for another human. A lifeless body, completely naked, lay in a fetal position against the wall near Bed, Bath & Beyond, in Westchester. This location would have been impossible to land, without someone else seeing. A friend who was with me, at the time, made me aware of what she saw. I jumped out of my van to see what I could do, as she contacted the authorities. As I approached the body, it moved slightly and I could see that it was a female. Then she slowly sat up. She was despondent and I told that to the police dispatcher on my friend’s phone, but thankfully she wasn’t dead.

I went and got something from the van to cover her up because, yes, the ample pairs of eyes, horrified by the public nudity, couldn’t disperse fast enough. After the fire truck arrived, there was even a man on his cell phone, who intentionally walked over, caught a glimpse, and then waved his hand in disgust, as though he was mad at himself for wasting his own time. I tried to see if she would talk to me. She pushed off the covering and with a weak gesture of her hand, she waved me on. I could see she was dangerously malnourished by how emaciated she was; her spine and shoulder blades protruding from her back, as is portrayed by those in third-world countries. She clearly had been traumatized in a significant way. Her hair was disheveled, but not significantly dirty. Neither were her fingernails. I was afraid someone might have been abusing her and just dropped her off. She certainly wouldn’t be the first. There was no indication to me that this woman was homeless. I had never seen her before and aside from her feces all over the sidewalk, her trauma felt more like sex-trafficking or some other type of physical torture to me. My heart ached for the emotional pain this person was suffering, such that, whoever she was, was now limited to heightened distrust and childlike interactions.

Fire Station 5, truck 462, was first on scene, with ambulance in tow. I stood in the background and observed their interactions. They first attempted to cover her up and get her to sit at the curb; away from her waste and the couple of now contaminated pieces of clothing that lay in the middle of the sidewalk. After they wrapped a short paper gown around her, they helped her to stand – a sight hardly bearable to take in (but where the man with the cell phone enters the scene). She couldn’t have been more than sixty pounds soaking wet, a five-and-a-half foot tall stick frame. Then the medic took the fabric I gave her and wrapped her from the waste down and sat her down on the curb. One of the first- responders took her vitals, which was elevated, but not life-threatening. Each of them tried to get her to divulge the same information I had, without luck as well. Then they asked me what I knew, but I didn’t have many facts to share, just what my gut was telling me. Among their futile attempts to get her to agree to sit in a gurney and get into the ambulance, it became apparent to me that they wanted to find some clothes to throw on her and be on their way. It often happened this way – with apparent mental health challenges and chronic homelessness – little within their power to do, without a willing participant. I hear it over and over again, “there’s nothing we can do.” Believe me, if this woman had been homeless, this wouldn’t have been the first interaction with authorities (or likely me). Nevertheless, a city or state that has no political will to end homelessness, first-responders who are untrained in the principles of trauma-informed care, and are incapable of using basic observation skills, will always be quick to dismiss any solution that otherwise would leave a human to rot outside. Thankfully, today, that wasn’t going to happen to this woman, whether she was homeless or not. And whether she knew it or not, she had an advocate to ensure her safety, because safety for any human being should be everyone’s 1st principle.

As I felt the first-responders become more frustrated and impatient, I stepped forward. I wanted them to understand they weren’t just going to leave her there. They welcomed my efforts. I knelt down, but outside of her space to see how she would respond to me now. Nothing. I moved closer, letting her know how sorry I was for what happened to her, though I could only imagine. I told her that no one here was going to hurt her and that we just wanted to help make sure she was ok. Still no reaction. I gently put my hand in the middle of her bare back and slowly rubbed in circles as I continued to try and ease the chaos inside of her.

By now, a squad car had arrived, then Sgt. Jordan, of the Pacific Division. Each of the parties conveyed what they knew, frequently looking over at me, whispering out of earshot, as though they were solving a crime and keeping any evidence to themselves. I rolled my eyes. At that time, one of the medics knelt down and asked the woman the magic question, “do you have an ID,” and clenched in her hand was the single possession she had with her, a black card holder that clearly contained several pieces of information, but she slowly removed just her state issued ID and handed it to him (another sign she likely hadn’t been living on the streets). Now, I was sick to my stomach. The beautiful, glowing face of the woman in that picture looked nothing like this woman, whose name was ‘Chanel’ and was forty-three years old.

The firemen and medics tried another few times to get Chanel to voluntarily get into the ambulance, but she was unwilling. She definitely seemed to think she couldn’t be forced to go, (a pretty good indication of a mental health patient who knows their rights, when interacting with the authorities) but in this case, she was afraid and concerned for her safety, so this too might be cause to reject their gestures. So, truck 462 and their medic leave.

I try again to reach her. She’s no longer comfortable with me in her space. I back off, only because one of the officers is “afraid I’ll agitate her,” but instead he agitated me. He has no idea who I am.

Though I live in my van and I’ve been homeless in this town for a little more than two years – the first year and a half sleeping on the sidewalk – I was a Co-Founder and the Director of a nonprofit in Colorado that focused on outreach and engagement of our chronic homeless. And I was very much ingrained in every local and state process and system that touched my clients, in their pursuit of getting help and housing, and determined to change what didn’t work – and I did. Getting stuck out here was a matter of circumstance, lies, and an inadequate support system, but worst of all, I’ve remained out here because of the utter lack of competency, within a system that was literally designed to ensure that homelessness be rare, brief and non-recurring. But once you’re out here, it becomes nearly impossible to advocate for yourself because of the failure of the government to hold service organizations accountable.

The officer was concerned because he came from a mental health background, so I assured him I knew what I was doing, and like so many others before him, I told him who I was. By this time, Sgt. Jordan has gotten Chanel to finally accept a bottle of water and the officer had explained that there was another unit enroute, with a social worker onboard.

I made another attempt to reach Chanel. I whispered in her ear that I would hate to see her forcibly taken to a psychiatric ward, if she were capable of going to the hospital willingly.

She then exclaimed out loud, “I want an ambulance.”

“You do,” Sgt. Jordan surprisingly questioned. He verified and she confirmed, but it had to be a white ambulance, she clarified. Shortly thereafter, truck 462 returned with its medic and I once again backed away to let them do their job, but again failed at the task at hand because their ambulance was red.

Another hour later, the other unit arrived in the dark. They “had” to drive from downtown.

In less than 10 minutes, the social worker crossed her i’s and dotted her t’s and a formal 72-hour hold was implemented. Without much resistance, Chanel lost her ability to choose (the 3rd principle of trauma-informed care) and though first-responders would have forced her into the gurney, it ended up being more like a gentle nudge. It was my hope, with the social worker now in tow, that the hospital would get this woman the help she needs and not the “help” everyone else would have been fine with, including rotting on a sidewalk where she lay. The officer who escorted the social worker to the scene came and thanked me for the help and asked if I had any questions. I simply said, “no, I’m quite familiar with the process,” reciprocated the appreciation and went about my evening.

In conclusion, I’m fairly certain this situation would have likely resulted in an entirely different outcome for Chanel had I disengaged, after first-responders arrived. The lessons to be learned from L.A. County’s inefficient and bureaucratic process; 1) there aren’t enough appropriate resources to end a crisis or a social problem in this city, as long as the elites lack creativity and out-of-the-box problem-solving solutions, 2) first-responders lack sufficient training (and perhaps accountability) to ensure the most vulnerable in Los Angeles are getting the resource they need by being appropriately matched with the services that are specific to them, through a “coordinated entry system” that doesn’t have just a single entry point, and 3) we all encounter opportunities to be of service to someone in need, but like with a pandemic, COVID-19 has exposed more clearly a city’s privilege and status-quo, on the daily, as the government creates intentional barriers that move “problems” from one location to another, and, more importantly, make even more visible the inequities and injustices of the poor and needy, like criticizing and ridiculing those who can’t defend themselves on social media platforms like Nextdoor, (right, Westchester?) instead of using technology for good. We can and should do better!