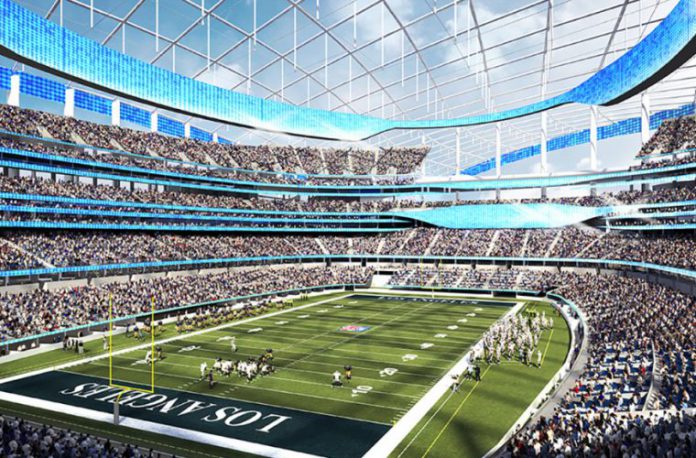 Tuesday was a historic day in Inglewood as the highest beam of the L.A. Stadium was installed during a “topping out” ceremony.

Nearly all the of construction workers building the future home of the L.A. Rams and L.A. Chargers signed their names on the beam, which will sit high atop the stadium.

More than 4 million combined work hours have gone into the project, which is expected to cost more than $4 billion.

“With this last piece of steel coming in, you see the whole stadium coming together,” Rams CEO Kevin Demoff said. “The next progress will be the roof and I think fans will really get a sense of what this stadium is.”

It’s been almost 100 years since a new stadium was built in Los Angeles for professional football.