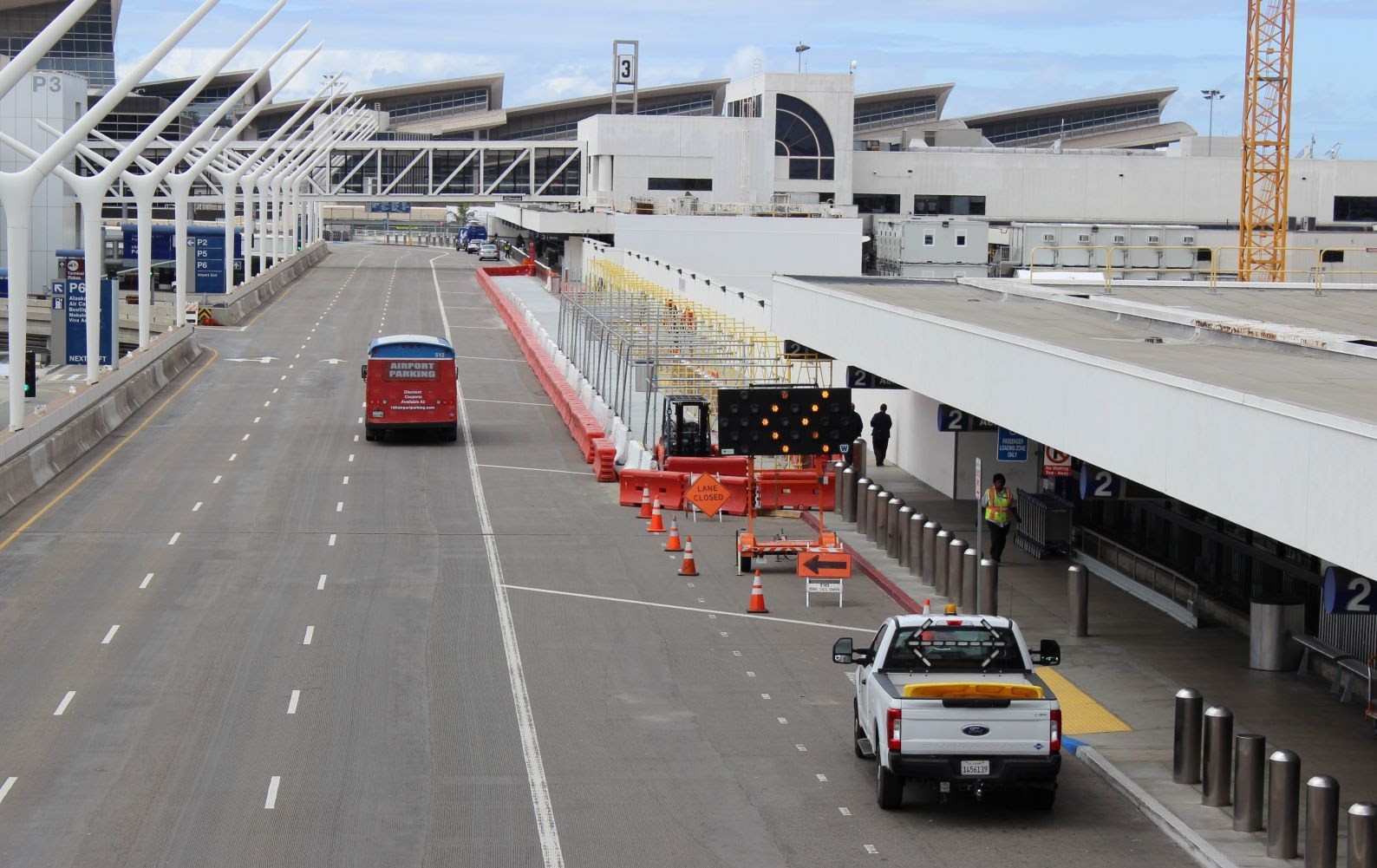 A temporary walkway is being built in the right drop-off lane between Terminals 2 and 3 on the Upper/Departures Level. Both drop-off lanes will be closed nightly until late April.