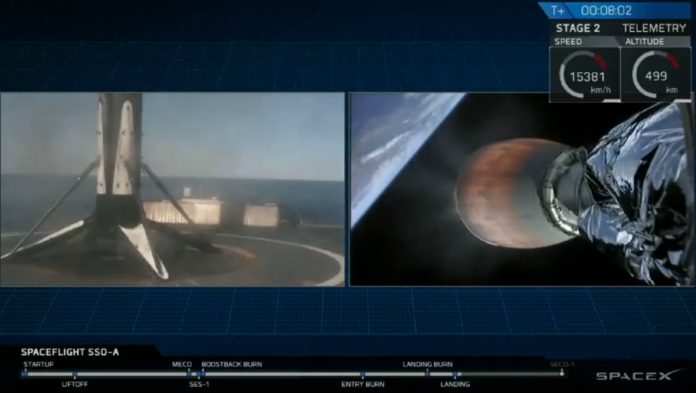 SpaceX’s Falcon 9 lifted off into space today for the 3rd time, launching a complement of over 60 satellites for Seattle-based company Spaceflight.

The 64 cubesats launched belong to a plethora of private companies and governments. Cubesats are extremely small satellites, ranging from the size of roll of toilet paper to the size of a briefcase. The uses of the cubesats range from earth observation to space memorial, containing the remains of those who have passed away and cremated.

The launch of so many satellites is a history making first.

Also making history is SpaceX’s 3rd reuse of the Falcon 9 first state. This Falcon 9 first stage has previously flown twice, and this launch marks the first time that a single Falcon 9 has launched from all three of SpaceX’s launch sites in both Vandenburg AFB in California and Cape Canaveral in Florida. After safely seeing the Falcon 9 second stage and the 64 satellites off to space, the first stage returned home to a drone ship in the pacific ocean. The Falcon 9 is designed to be reflown up to 10 times before requiring refurbishment.

It is Elon Musk and SpaceX’s hope that reflying rockets willing bring down the cost of flying to space.

Go Vote This Tuesday! Here’s What You Need To Know About Election Day.