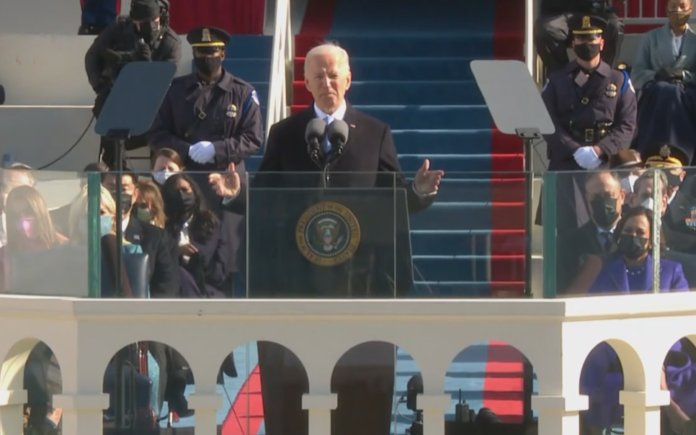 This Article Has Been Updated

President-elect Joseph R. Biden was sworn in as 46th President of the United States today. In his inaugural address, incoming President Biden called for unity and togetherness in the face of the capitol riots and more than 400,000 American lives lost due to COVID-19.

In attendance were several former presidents and vice presidents, including, former Presidents’ Barrack Obama, George Bush and Bill Clinton. In addition, among the former American leaders was outgoing Vice-President Mike Pence, who choose to attend the inauguration. President Trump choose to forgo attending the inauguration, the first outgoing President to do so since Richard Nixon.

Trump departed the white house this morning, taking a ride on Marine One to nearby Joint Base Andrews where he gave a short speech thanking supporters and his family and team. President trump and family then departed on Air Force One for the last time as President, on a flight to Florida.

The inauguration ceremony and celebrations begin at 8:30 AM PT, with Lady Gaga singing the National Anthem.

ABOUT US
Your News For Your Community
For Correspondence:
11601 Wilshire Blvd. Suite 500, Los Angeles, CA 90025
Contact us: [email protected]inglewoodtimes.com
FOLLOW US
Copyright © Inglewood Times Inc. All rights reserved.
MORE STORIES