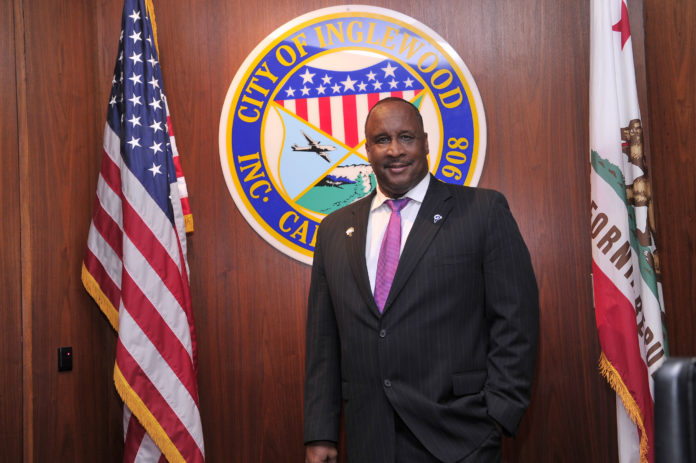 In it, Mayor Butts attempts to calm the Inglewood Community over fears of gentrification and life-long residents getting pushed out of their city. He goes over improvements made in Inglewood over the years, including the climb out of the recession and getting back on track. Other successes are outlined in his op-ed, including jobs provided the new Rams Stadium construction project:

“More than half of the nearly 200 apprentices on the stadium construction site are previously incarcerated gang members, many of them from the area. As a former Inglewood deputy police chief, I find that fact particularly uplifting. Most are earning $60 to $90 an hour, including benefits, while learning life-changing trades as ironworkers, electricians and carpenters. These are people who once lived lives of criminality born of desperation and nonexistent opportunity.”

The article can be read in full on the Los Angeles Times website.

Four Killed In Shooting At A House Party In Inglewood