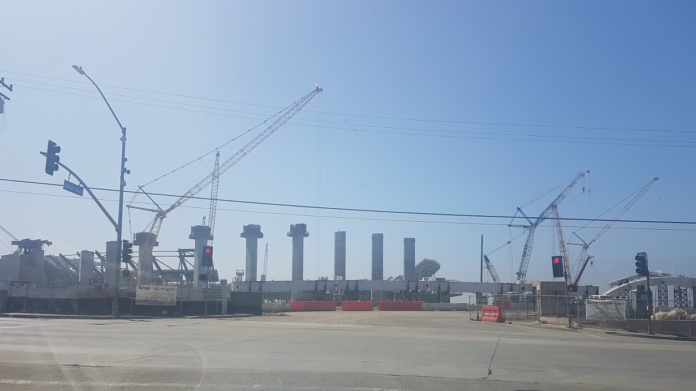 The Los Angeles NFL Stadium in the middle of construction. (Credit: Inglewood Times)

The Chargers and Rams have announced that they will both begin selling Season Pass tickets in a few weeks.

30 percent of the available passes began being sold in March, while the remain 70 percent will go on sale shortly. The cheapest seats start $60 a game plus a $1000 seat license.

The new Los Angeles NFL stadium, located in Inglewood next to The Forum, has a nominal capacity of 70240, with an ability to increase capacity to 100240 for special events, such as the Super Bowl.